This kit include one complete MG34 with drum
magazine, contain 17 resin parts, PE sling and
various PE details, finish into the most detail
1:35 MG34 on the market. 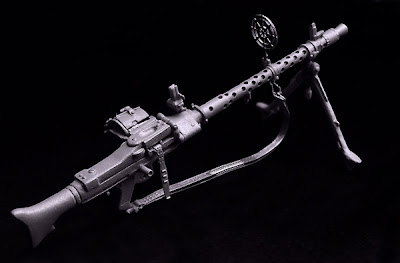 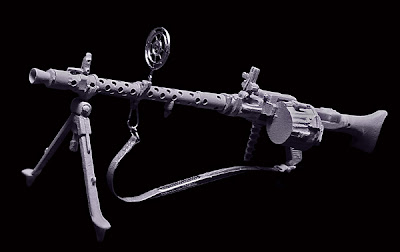 The barrel and main gun body is produced as one single part while the highly detail barrel jacket (hollow cast), the front gun sight base and the bipod holding pin is also casted as one single piece.

The gun sights are highly detailed, even the engraved markings at the rear gun sight is included. Furthermore both gun sights are separate parts, this not only give more realism but you could actually built it into up/down position. 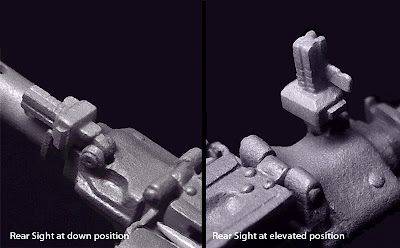 A section of ammo belt, spend ammo belt are included. Both are extremely detailed. A PE ammo belt start tap and a highly detail drum magazine is also included. The drum magazine is made with the cover in the slide-open position.
If you intended to show the ammo bay, the rear side of the bay cover has very nice detail. 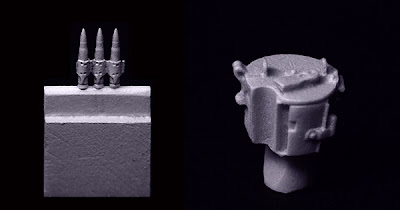 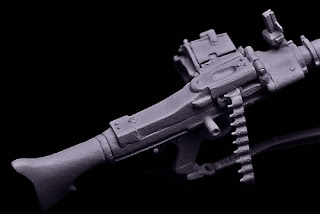 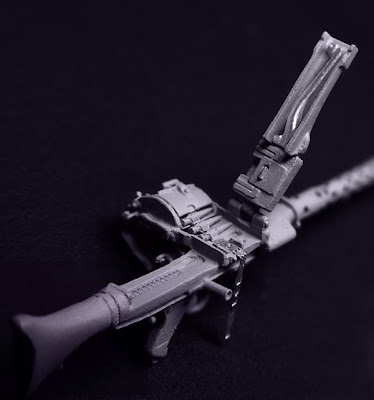 The sling consists of 2 PE sling, a small PE buckle at front and a beautifully made resin rear buckle, this gives you more realism than the flat PE part normally provided. 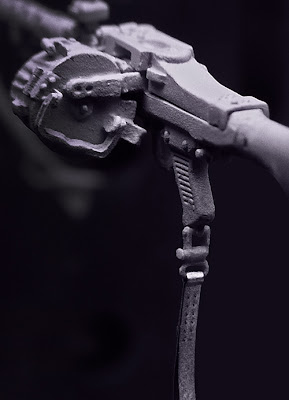 Apart being used by the infantry, the MG34 is also mounted onto many German panzer, panzerjaeger, soft skinned vehicles by using an AA mount. This mount is also included with this kit. The 2 part resin mount faithfully captured the shape of the original. Photo showing the mount attached to the BMW R75. 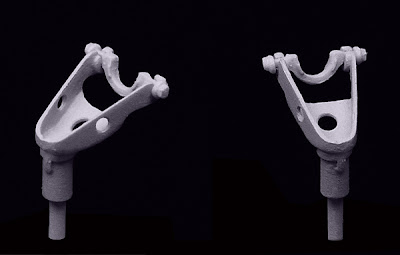 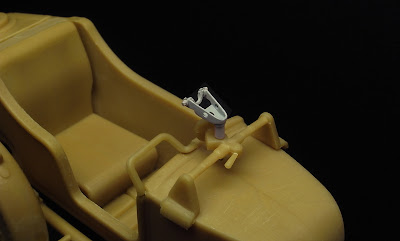 1120 production is established as a new side brand of K59 production. Its end products are joint-venture projects with other experienced modellers, producing kits that we dream of.